Amazon 101 and American Gangster: Day One

You are here: Home / Amazon Seller Tips / Amazon 101 and American Gangster: Day One

Why Every Amazon Seller Should Study The Movie American Gangster

Not a day goes by that I do not see a new Amazon seller in a social media group, on Quora or anywhere else asking the same exact questions. I do not blame these aspiring FBA-ninjas. It is not their fault that there is an abundance of opportunists who have been making far too much money for years now, claiming that they have the industry’s most cutting-edge tactics in order to compel new sellers that their four-week course is essential to ever to see any success.

Disclaimer – Not For The Faint of Heart

This may be a tough pill to swallow for some, but we have warned you from the birth of this blog that this is strictly a sugar-coating-free zone and these truths will occur often.  Our approach is sometimes too raw for some. We knew this would be the case, though, and we are entirely okay with it.  There are plenty of other resources out there better suited for the faint of heart.  For those who can withstand our no-nonsense way of teaching sellers how to step their game up, buckle up your seatbelt because I am only getting started.

Now, back to the gurus ripping off new sellers.  It is so incredibly simple to realize and understand once somebody points it out, but for some reason, it is not until then that these people are exposed.  If they had all of the secrets and were that remarkable at selling — they would be selling.  I think about if I could somehow obtain the free time to gather a class of new sellers, how would I introduce them to selling online.  Would I show them the “Seller University” videos from Seller Central?  Perhaps we would go over Listing 101.  Nah.  Do that stuff on your own time if you truly want it. Allow me to take you for a walk down a road that if you are open-minded, will allow you to learn some of the core principles of being successful as a new seller.  Walk with me…

Class is in Session: Day One

American Gangster, released in 2007 and starring Denzel Washington, tells the true story of the 1970’s empire Frank Lucas built and how he was able to do so. Believe it or not, this movie is packed with marketing, operations and selling gems.  All sellers need to do is open their eyes to them.

Find Mentors Along Your Path

Starting off, mentorship and maintaining the ability to learn from others is essential.  Observe the results of Frank Lucas waiting patiently under his teacher, whom he later goes on to attribute many of his most potent traits to Bumpy Johnson.

“He taught me a lot of things.

He taught me how to take my time.

Taught me that if I was going to do something, to do it with care, with love.

He taught me to be a gentleman.”

There is an infamous slippery slope for know-it-alls, and I can’t say that I do not find relief when they begin their journey to where they always end up. They are annoying, and they are broke. 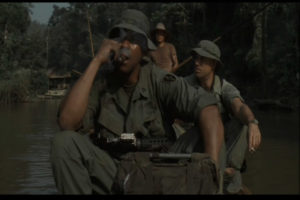 Now, let’s get to the part that is making those who had to contemplate sticking around uneasy. Oh yeah, that’s right. We’re going to the jungle.

Frank Lucas was an entrepreneur attempting to make a living buying a product wholesale and reselling it retail hoping to make a reasonable profit.  Unfortunately, for him though, the only product that was available in his line of work was some low quality, stepped-on, overpriced garbage that he could never make a living selling.

“I want to get it where they get it from.”  Pay very close attention to the correlation between the quality/price and the chain of custody of the product.  Learn this — then learn it again, and again.

There is no grand future in retail arbitrage or grinding it out every day selling everybody else’s merchandise. Frank Lucas phones his cousin in war-torn Vietnam, arranges to meet him there and then goes deep into the jungle to reach the first party involved in the supply chain. The result: Importing his product that has been manufactured solely for him. The cost would be significantly less and the quality much higher than the inferior alternatives that he was once previously forced to purchase.

All of this a result of Frank Lucas’s willingness to go where few others would; “The Jungle.” Do not be afraid to go to the jungle.  Figure out what you want to sell, find a way to make it unique, have somebody professional design your ideas and then go to the jungle to have it manufactured.  Congratulations — the handcuffs of working for somebody else have become slightly looser. 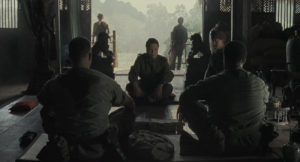 Now that your fantastic product has been thoroughly thought out and you have broke bread with the gentlemen who have agreed to produce your product at a rate that is next to insane when compared with domestic prices, you now have something to work with.  As you are observing in the movie, appearances are much more critical than most people realize. Take your time to design the product packaging right. Ensure that everything is compliant.  Of course, you have not come this far without obtaining a proper trademark for your new line of products, along with a logo that will one day stand for something.  Ensure that your product and packaging contain these elements.  I advise this of you not only for the legal protection that you will need but also for one of the most important lessons we are learning about in this journey…

“BLUE MAGIC ®— is a brand name; as much a brand name as Pepsi. I own it.  I stand behind it.  I guarantee it, and people know t 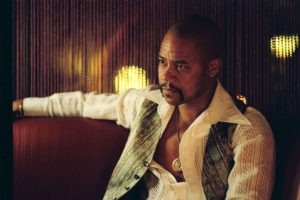 hat even if they don’t know me any more than they know the chairman of General Mills ®.”

Need I say more?  Denzel is just feeding us marketing diamonds, and you are failing to pick them up.  You may have designed the most efficient product that has the ability to solve problems that men have been attempting to address for years, but listen very carefully when I tell you that this does not mean a damn thing if you do not adequately market it.  Stand behind your brand as Denzel does.  Hold it to the highest standard and ensure to police it whenever facing “trademark infringement.”

Now, class, I believe that I have given you much more than you are capable of contemplating in one sitting.  While I will forever maintain that this movie contains great lessons for anybody who intends on being an entrepreneur, I am also not psychotic.  View day one of class as one big analogy to open your eyes up to the essential lessons that you must learn if you are to be successful.  MY MAN.  Get to work.