Amazon has announced its latest plans for the acquisition of yet another industry: pharmaceutical delivery. According to CNBC, Amazon plans to bring on a full-time business lead to analyze how Amazon can form a partnership with Big Pharma in the US. The team is actively exploring the benefits and risks of a pharmaceutical industry collaboration and assessing the ways Amazon can offer pharmaceutical delivery through Amazon Prime. This is not the first discussion that’s occurred in Seattle in regards to a pharmaceutical industry investment. Apparently, Bezos and his associates have held an annual meeting to assess the risks and benefits of entering such a market for the past several years. 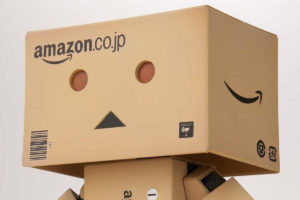 Amazon pharmaceutical delivery service is already available for one global marketplace: Japan. Just last month, Amazon Prime categories were extended to include drug and cosmetics – including controlled substances and other prescription drugs. To have pharmaceuticals delivered, Japanese buyers must have approval from a pharmacist. It is unclear whether or not a medical prescription is needed for any of these drugs in Japan.

CNBC stated that it’s been a common practice for Amazon to “test run” new services in other countries before releasing them in the United States. This isn’t exactly like delivering groceries, though – pharmaceuticals have raised serious concerns in the US. What’s more, Amazon has already faced serious issues due to some ingredients in supplements available for sale, particularly in the weight loss and bodybuilding categories.

American pharmacies and physicians already have very little control over drug distribution. Government efforts to get a handle on the prescription drug abuse epidemic have only exacerbated the problem. If drugs become available on Amazon.com (and for an unbeatable price, of course) the situation will undoubtedly become far too widespread to ever control.

Global business analysts from Evercore ISI aren’t convinced that Bezos is serious about getting a hand in pharmaceuticals. “We are somewhat skeptical that the company is definitively moving in to pharmacy given the highly regulated nature of pharmacy distribution,” stated Ross Muken, leader of Evercore ISI’s Healthcare Research Team. Evercore analyzed the chances of Amazon’s potential success in the pharmaceutical industry in March. They concluded that the ongoing epidemic, the monopoly of current players involved, and the strict regulations on prescription drugs do not equal a high chance of Amazon being successful in the US pharmaceutical industry.