Amazon Goes Down Under this Fall

You are here: Home / Amazon Global / Amazon Goes Down Under this Fall 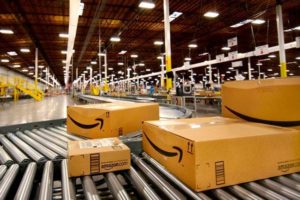 There’s one corner of the world that Amazon has not yet expanded to is Australia. In an official release, Jeff Bezos confirmed that the company would begin hiring new employees and establishing a dedicated space for a new Amazon Australia Fulfillment Center. The brief statement notes the job opportunities and long-term investments that will come from their arrival in Australia:

“We are excited to bring thousands of new jobs to Australia, millions of dollars in additional investment, and to empower small Australian businesses through Amazon Marketplace.”

No official launch date has been set, but resources from Business Insider have estimated that the Amazon Australia marketplace will officially become available this September — or possibly even sooner.

Australians are already fans of Amazon, with many Prime subscribers located in this untapped market. In fact, Amazon already makes over $1 billion from Australian buyers who shop on the other international marketplaces, thanks to the wide range of overseas shipping choices for select items. When Amazon Prime subscriptions, video streaming, and Kindle e-books are factored in, Amazon’s profit is already at about $300 million per year.

Marketplace sellers have expanded to the Australian consumer base already by offering convenient international shipping. On the other hand, many small businesses based in Australia have already begun using Amazon as a sales channel by creating their stores on the US platform.

The country is a major untapped market for online shoppers: a whopping $21 billion came in from Australian online retail sales unrelated to Amazon. So for Bezos, the potential in Australia is limitless – what’s more, the market is eager for Amazon to arrive. About 56% of the population said they will certainly buy from Amazon once the Australian marketplace becomes available.

What Does Amazon AU Mean for Local Merchants? 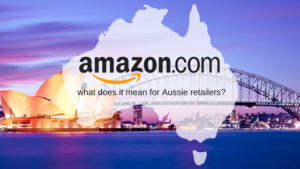 International financial service experts from Credit Suisse analyzed the potential impact that Amazon will have on small businesses in Australia. The news isn’t good for local merchants, according to their findings. The report from Credit Suisse found that Amazon is likely to reach a 5% market share in retail within just 5 years of its Australia platform’s premiere.

Currently, brand names JB Hi-Fi and Harvey Norman are the market leaders in retail. These companies are dominating the majority of Australia’s local home and consumer electronics sales. Unfortunately, their reach is likely to be swiftly taken over by Amazon once the company lands down under.

Amazon has already started to invite local business owners to open up seller accounts on Amazon AU, and many small businesses have eagerly signed on. Projections for the new marketplace’s success are positive across the board.